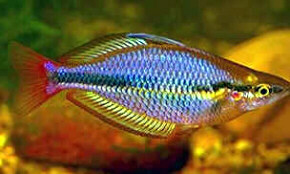 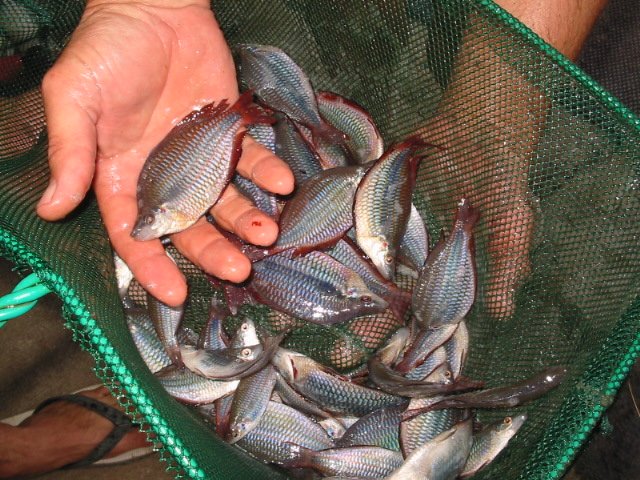 Australian native fishes have been almost secretively admired by an ever increasing number of ornamental fish keepers world-wide. The most famous of these are the Rainbowfish. Australia is famous for it’s opals and the Australian Rainbowfish is the opal among the world’s aquarium fish. Like the opal the colours of these Rainbowfish are sometimes bold, and sometimes beautifully subtle. A wide variety of Australia’s native fish are suitable for use as aquarium fish. Many of our Grunters, Gudgeons, Blue-eyes, and Hardyheads make ideal aquarium specimens.  The smallest of these are the Blue-eyes, ranging from a little over a centimetre to around 4 centimetre. The Grunters best suited for the large fish enthusiast. The Silver Perch being one of the best known of the Grunters in some parts of the world. However the Coal Grunter, a smaller species, known by a lucky few, usually only reaches about 15 cm in the aquarium. This fish shows a beautiful gold and black chequered pattern as a juvenile, gradually changing to a gold /black sandy appearance as it matures.

Commercial culture techniques for Australia’s aquarium fish are as wide ranging as the types of fish. Some fish will simply reproduce in small ponds, while others require hormone induction. Many of the Rainbows are quite co-operative and a small pond of around 10 by 20 meters will produce thousands of 5cm fish. Other varieties of Rainbows need to be spawned in aquariums, or a hatchery. The Grunters are the most difficult, most needing hormones to induce spawning. The beautiful small Blue-eyes will also breed in aquariums, but after some trial and error these too can be coaxed into reproducing in earth ponds. For more information about Australia's native species suitable for the aquarium go to the Australian New Guinea Fishes Association (ANGFA) web site.

The Australian domestic market for these varieties of fishes is almost being meet. Soon those commercial producers will flood the domestic market. However there remains a vast, almost untapped market overseas for our unique "opals" of the fish world. Commercial operators have had the luxury of the high prices easily obtained within Australia to carry them through the developmental stages, (the learning time) of their specialised form of aquaculture. This has given the better operators the skills to cheaply produce some varieties in large quantities. Queensland has been one of the biggest centres of interest, and production of Australian Native Aquarium Fish, with a future in export for the, "opal" of fishes.

This link will take you to our members page where you will find breeders of Australian native fish including aquarium species.